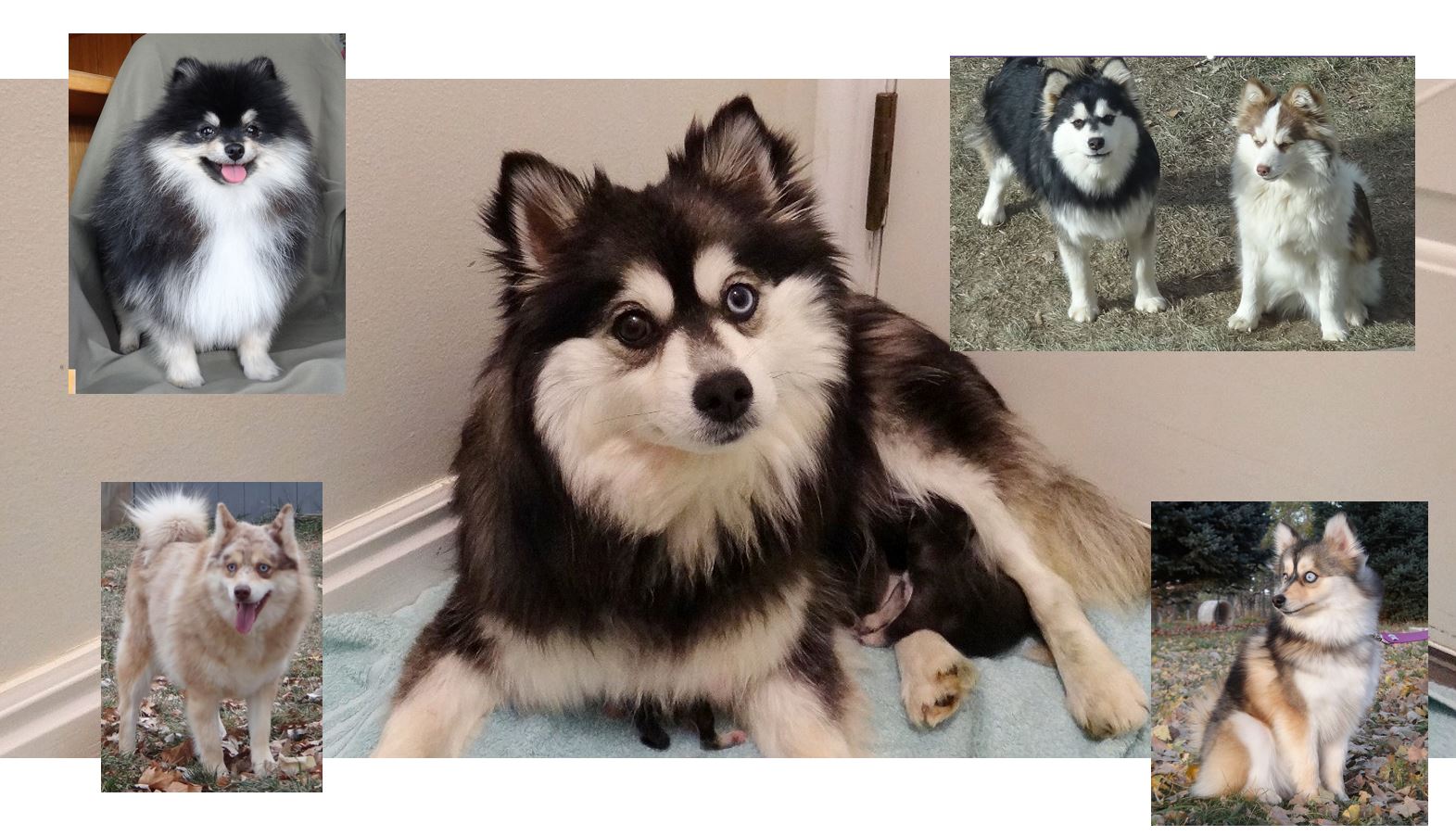 The Pomsky conquers the world. The hybrid between Husky and a Pomeranian is enchanting more and more dog lovers. Whether character, appearance or behaviour – every Pomsky is unique.

A pomsky dog is a new cross of siberian husky and dwarf tip, the so-called pomeranian. The result is a Pomsky, or Pomeranian Husky. The origin of this new hybrid is in the USA. The desire of pomsky lovers for a small, fluffy family member led breeders to create the “fashion dog”. The procedure meets with many criticisms, nevertheless the minihusky becomes more and more popular.

Often the pomsky is also called a dwarf pointed husky hybrid or a huskarian. His temperament and appearance are influenced by his ancestors: They are small, fluffy bundles of energy. Its life expectancy is about 14 years with good care and a healthy diet.

Since the pomsky is a new breed, there is no breeding standard in Europe yet. Therefore, the puppies can show very differently distinctive characteristics. Both appearance and character are not exactly determinable or even predictable.

In the USA the Pomeranian Husky is already somewhat more established and is defined by the International Pomsky Association in the standard. More about this on our overview page about pomsky associations and clubs.

The pomsky is a small, fuzzy surprise package!

Characteristics of the miniature pomeranian-husky-hybrid

Pomsky breeders strive to create a dog breed that combines the characteristics of husky and pomeranian.

How big is the pomsky?

For the size of a pomsky there is a desired, but not yet fixed standard. The breed is new and is the result of crossing two very different breeds. The size can therefore vary greatly and is absolutely arbitrary in the first generations. Some pomskies reach the size of a full-grown husky, others become hardly bigger than a dwarf point.

Decisive is from which generation of the breeding line the dog comes. If husky or pomeranian are freshly crossed, the size varies more strongly. On average, pomskies of the first generation (F1) reach a weight of six to 15 kilos. If it is the second generation (F2), the size will settle at about 25 to 38 cm. The minihusky then weighs between 4.5 and 11.5 kilos.

Appearance of the pomsky

The characteristics of husky and pomeranian are intentionally bred into the pomeranian-husky-mix. So the pomsky becomes a fluffy mini-husky or a wiry, big pomeranian. Unified characteristics do not yet exist, so the pomsky puppies are small surprise packages in the first and second generation. With coming generations (F4 and more) a uniform trait will be consolidated and a breed standard can be defined.

Physique and coat of the Pomeranian Husky

The pomsky has small, triangular standing ears, a short muzzle and a rolled up tail. The coat of the dog is fluffy and silky. The colours vary between black, white, brown and grey.

The blue eyes of Pomsky

The eyes of the Pomsky can take on many colors

The puppies of the dwarf-pomeranian-husky-hybrid are born with blue eyes. The dog’s eyes remain blue during the first weeks of the puppy’s life, but they begin to change at about one month of age.

The breeding goal of the pomsky is bright blue eyes, but the minihusky can have the complete range of possible eye colors: blue eyes, green eyes, hazel eyes or brown eyes.

Odd eyes are also possible. The two eyes of the dog are colored in different colors. The eyes can also be two-colored. The eye color of the pomsky is therefore a big grab bag.

Fur care with the pomsky

The pomsky has so-called double fur. Twice a year the dog changes coat and repels its fluffy undercoat. If you brush the pomsky a few times a week and blow the coat through, you can reduce the hair loss.

The huskarian can be bathed or taken to the groomer to control the hair loss. Shearing is also possible. Since the coat protects the pomsky from cold and heat, it must not be shaved.

Character of the Pomsky

The Minihusky ideally combines the character traits of his dog ancestors. The pomeranian-husky-mix is intelligent and faithful like the husky and at the same time active and happy like the pomeranian. It is usually playful and cheerful, but intelligent, active and strong-willed. Due to his husky genes he has a great stamina and is therefore more suitable for active people. The Pomsky loves long walks and demands most of the day’s activity.

The dwarf peak bequeaths to the pomsky his distinct protective instinct, but also his cheerfulness. Thus the dog is quite impatient. Even though his husky genes can give his character a great deal of friendliness and calmness, he is rather unsuitable for small children. Since the pomsky is a new hybrid breed, its character characteristics are still differently pronounced. A consolidation of the character will only take place in coming generations.

The pomsky descends from the husky, but in comparison to the husky it is easy to train and train. From the small tips he inherited it to want to please. The minihusky is attentive, curious and actively interested in everything new. At the same time, this means that he can quickly acquire bad habits. A pomsky is sweet, but not an ornamental dog. He needs a strong hand that encourages and challenges him.

Hybrid breeds generally have the reputation of being more robust than pedigree dogs. It is a fact that the pomsky is highly resistant to the genetic diseases of the original husky and pomeranian breeds. However, their immune system is said to be more susceptible to normal diseases.

The Pomeranian Husky also shows a susceptibility to dental diseases. With a healthy diet and regular tooth brushing, countermeasures can be taken.

The peculiarities that the husky-pomeranian-hybrid can inherit from its ancestors can be found in our article about the siberian husky. 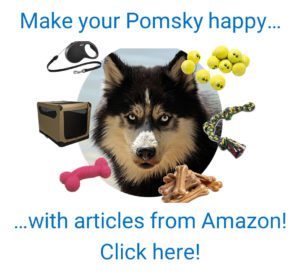